More are Eaten by Human Sharks in NY!

When One Lets Go of the Tail…

Government is there to provide accurate and honest information about public health. President of Long Island Citizens for Good Government and Columbia Medical School Professor Dr. Dean Hart shared his opinions on antimicrobial resistance along with public policy solutions on Yahoo News.

The threat of ‘superbugs’ and infections that can’t be treated

A colorized scanning electron micrograph image made available by the Centers for Disease Control and Prevention shows the O157:H7 strain of the E. coli bacteria. (Photo: Janice Carr/CDC via AP)
Read More

Two news stories broke that called attention to Town of Oyster Bay Finances. One is about the town comptroller not reporting financial information to the New York State Comptroller for the Fiscal Stress Monitoring System. That is why Town of Oyster Bay was not on the list of fiscally distressed places, instead of improving the financial situation. Is it a failure or a refusal in order to hide something?

Another story showed a proposal to eliminate the public safety department while expenditures rise. There needs to be a review to find out what is being spent on. The proposed budget includes a slight tax decrease, but how long term is it? It should be noted that this year’s tax increase far outweighs the proposed tax decrease for next year: 11.5-percent versus 0.5-percent for a two year tax increase of 10.925-percent overall. 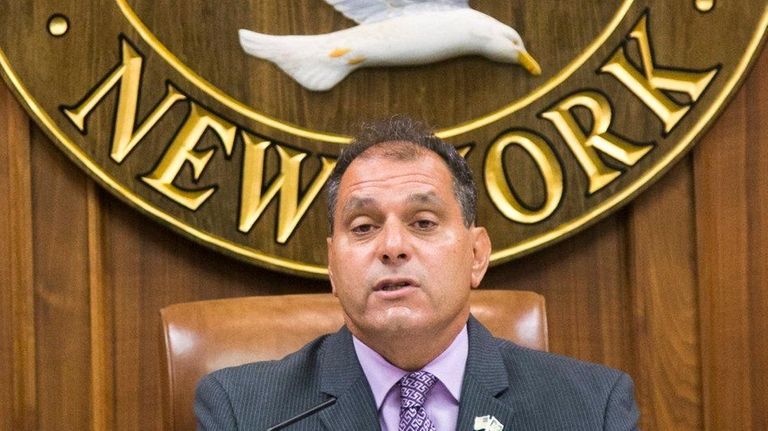 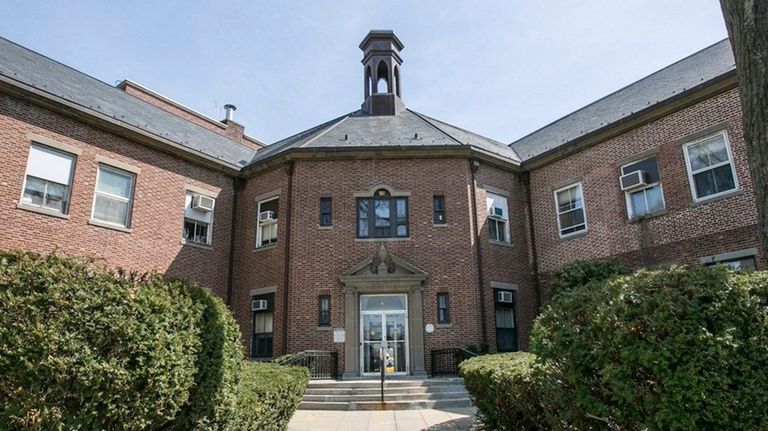 While New York State’s comptroller has issued a “fiscal distress” list that includes a number of Long Island municipalities, Oyster Bay has somehow avoided being in that crowd. March 27, 2016. Photo Credit: Anthony Lanzilote

Dismissing the trial would be a great miscarriage of justice. The youngest, oldest, physically disabled, and mentally impaired are the most vulnerable among us. The money went to paying for the cost of corruption instead of paying for their needs. Use of protective eyewear urged to view solar eclipse Dr. Dean Hart, left, Holding special glasses to view an eclipse and Suffolk County Legislator Dr. William Spencer, during a press conference about the dangers of looking at the sun during an eclipse in Huntington, Aug. 20, 2017. (Credit: Ed Betz)
Read More

We need to replace much of the board that supervises the Nassau University Hospital (NuHealth) as well as the management because they are political cronies of the incumbent Mangano machine. Chairman of the Board, Michael B. Mirotznik, was Joseph Saladino’s lawyer connecting it to the Oyster Bay machine. Both Chairman Mirotznik and the President/CEO, Victor Politi, were generous donors to the incumbents’ party organizations and personal campaigns.

It is not enough to to replace Armor with NuHealth for the Nassau County Correctional Center. We need professional and accountable oversight of NuHealth picked based on skills for running a hospital. It should be made up largely of apolitical doctors and healthcare administrators. College trained hospital administrators are superior managers to political cronies.

While Nassau’s financial control board is pressuring the county to close projected multimillion-dollar budget gaps this year and next, county lawmakers have agreed to boost their spending on mailings this year to nearly $1.3 million.

Legislators voted unanimously in committees Monday to transfer $167,000 in unused funds into their 2015 postage budget of $1.1 million.

Former Democratic legislative candidate Dean Hart, who heads an advocacy group called Long Island Citizens for Good Government, said, “In one the worst economic times in Nassau County history, residents can ill afford to spend more money on what have historically been political campaign mailers at the taxpayer’s expense. There’s a solution to save Nassau County taxpayers $1.3 million, and it’s called email.”

But Moroney noted that the money already has been budgeted, though not for postage. “You have to communicate with your constituents particularly when you’re talking about tax grievances.”

Republicans came under fire in October when at least three GOP legislators sent government paid mailers that claimed they had held the line on property taxes despite a tax increase this year. All county lawmakers were running for election.

Acting District Attorney Madeline Singas, who subsequently was elected to the full-time job of district attorney, asked for a federal investigation of the mailings. She said Tuesday in a statement: “With Nassau’s dire financial condition, it’s an absolute outrage that tone-deaf legislators think that the public wants more self-promotional junk mail from politicians.”

Hart also filed complaints with the state comptroller and state attorney general about the mailing, but received no responses, a spokesman said.

Democrat Hart, a wealthy optometrist from Glen Head, ran unsuccessfully for Nassau County Legislature this year. During the campaign, he picketed a Hicksville Republican club golf outing, requested a state probe of county lawmakers’ mailings and handed out handcuffs at train stations to lock up corrupt politicians.

He said he will be sending frozen turkeys today to nine award-winners, including Adam Skelos, the son of state Sen. Dean Skelos — both Rockville Centre Republicans on trial in federal court. Also, Republican County Executive Edward Mangano, for allegedly accepting free meals from a county vendor (an aide says Mangano paid for them); Republican Oyster Bay Supervisor John Venditto, whose administration has been rocked by federal indictments of a town vendor and town commissioner; former Democratic legislator David Dennenberg of Merrick, who is serving time for overbilling a legal client, and Suffolk Conservative chairman Edward Walsh, who faces a federal charge of filing false time sheets.

After His Close Loss in Oyster Bay, John Mangelli Talks of Another Run at Political Office (Newsday, Nov. 20, 2015) By STEPHEN LEVINE

After losing the race for Oyster Bay supervisor by just 99 votes, Democratic candidate John Mangelli went on a radio show Friday to reinforce how each vote cast is an important one.

“People don’t vote because they’re not interested,” Mangelli said on Connoisseur Media Long Island’s “Long Island People and Politics” show. “They just don’t believe that their one vote matters. But it does.”

He said he is still dealing with the loss.

“I don’t have closure yet,” Mangelli said during taping of the show, which is hosted by Dean Hart. “You know, it’s, it’s a tough loss. It really is.”

He said he considered voting a “civic duty,” but that, for him, the act of voting wasn’t enough. He said he decided to run for office because he wanted to make a change.

“I wanted to win,” Mangelli said. “I feel like the Town of Oyster Bay wanted me to win. I wanted to be the supervisor.”

Mangelli said he considers himself a “no-party affiliated person” and said that, in his view, that makes him a perfect candidate for future campaigns. As supervisor, he says, he would have focused on protecting the environment, getting the Town of Oyster Bay out of debt and lifting the morale of the community.

In regard to possibly running in future elections, he said he sees it in his immediate future.

“It was a great experience,” Mangelli said. “I’m happy I did it and I’ll definitely be running again.”